All of us at Sonora Review want to invite you to our double issue release party this Friday (10/12) at Antigone Bookstore, 7 p.m. 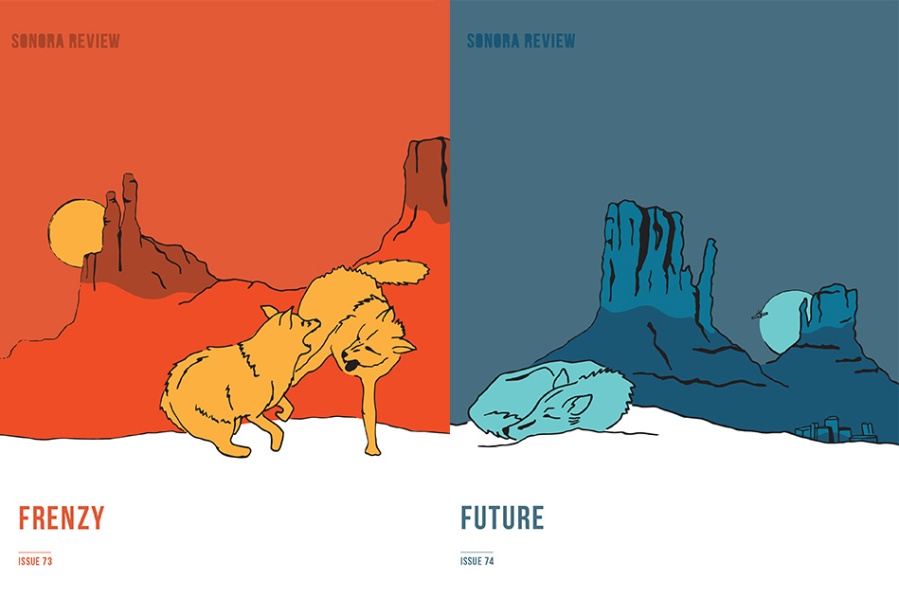 We’ll have pizza & wine, & readings from four of our amazing contributors. You can read all about them below, and you can find all the details for the event on Facebook as well.

Claire Meuschke writes from her grandfather’s archived immigration trial on Angel Island, CA in 1912. Her poetry appears in Beecher’s Magazine, the Western Humanities Review, Zocalo Magazine, and elsewhere. She lives and teaches in Tucson.

Allison Gruber is an educator and essayist. Her debut collection You’re Not Edith was a Lambda Literary Award finalist. Gruber’s work has appeared in The Literary Review, Brevity, Pithead Chapel, Gravel, Foliate Oak, and The Forge among many others. A native Chicagoan, she now lives in Flagstaff, Arizona with her wife, Sarah, and teaches literature and creative writing to young people.

Kristina Martino is a poet and visual artist. Her poems have appeared in Third Coast, Bennington Review, Bateau, Memorious, Yalobusha Review, Best New Poets, and elsewhere. She has received fellowships from The Iowa Writers’ Workshop, The Fairhope Center for the Writing Arts, and The Corporation of Yaddo. Some of her drawings can be viewed here: www.kristinamartino.com.

Adam Giles’s short fiction has appeared in a variety of literary journals. He won the University of Toronto Magazine Short Story Contest in 2013 and has been a finalist in several other contests. He lives in Mississauga, Ontario with his wife and two children. On Twitter, he’s @gilesadam.