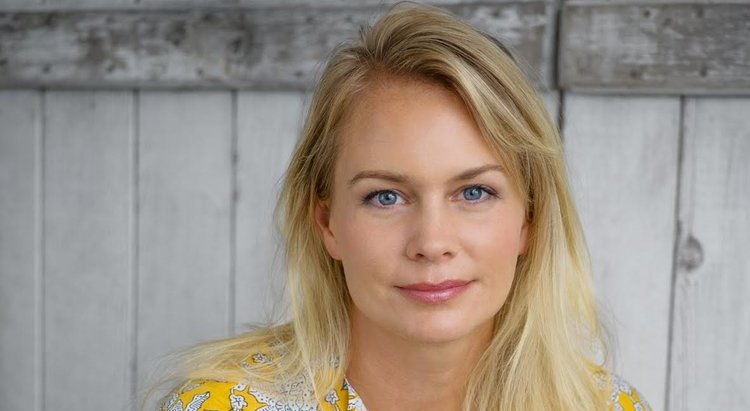 Radical Acts of Empathy: In Conversation with Megan Mayhew Bergman

“I feel that one of my missions in life is to chip away at the idea of human exceptionalism, the idea that humans have transcended or risen above an animal nature and are in some way superior to other species.”

By sonorareview in Interviews, Interviews with Writers, sonora online on March 19, 2019
No comments

Megan Mayhew Bergman was raised in eastern North Carolina and now lives on a small farm in Vermont. She serves as the Director of Middlebury’s Bread Loaf Environmental Writers’ Conference, and Director of the Robert Frost Stone House Museum at Bennington College.  She is currently writing a column for The Guardian on the American south and climate change.

Megan studied anthropology at Wake Forest University, and completed graduate degrees at Duke University (MA) and Bennington College (MFA). She’s had fellowships from Bread Loaf Writers’ Conference, the Millay Colony for the Arts, and the American Library in Paris.  The Fellowship of Southern Writers awarded her the Garrett Award for Fiction in April 2015.

She has been an essayist for The Paris Review and contributes literary criticism to The Washington Post and New York Times.  Her work has been translated into German, Italian, and Dutch. Her stories have been featured on NPR’s Selected Shorts and in Best American Short Stories 2011 and 2015.

Megan has served on the board of the Governor’s Institutes of Vermont and was elected a Justice of the Peace in her community.  She has also traveled to Northern Kenya with the non-profit BOMA Project and has worked closely with Georgia non-profit One Hundred Miles.

She was interviewed by Sonora Review’s Kim Bussing.

KB. What sparks a story idea for you?

MMB: I’m very wonder-driven in my work. I have to have a deep curiosity about a topic, or an emotional connection, even if that connection is anger or repulsion.  I’m very drawn to moral dilemmas, things that can’t be resolved easily, or in a tidy way. The decisions in life that we have to make even though we aren’t sure about the outcome or the stakes.

KB: Following on that, how does a story then take shape, from decisions on POV to making it to the final draft?

MMB: The first sentence usually comes to me just before I fall asleep or when I wake up.  For me, it’s the subconscious doing the work, swirling material around and then producing a line in voice. That’s how I usually know POV.

KB: What does your writing process look like? Any writing rituals?

MMB: I write really well on airplanes and on self-imposed writing retreats, 3 or 4 days locked away from the world.  I have a hectic life with kids and dogs and a small farm and too many jobs. I’ve never been able to romanticize the process.  My work ethic gets me through.

KB: Many of the stories in Birds of a Lesser Paradise deal with our interactions with the animal kingdom. Why did you choose to make animals integral to the plots, and what can they reveal about the characters and wider world?

MMB: I feel that one of my missions in life is to chip away at the idea of human exceptionalism, the idea that humans have transcended or risen above an animal nature and are in some way superior to other species. So much of my work has this at the heart of it.

KB: In Almost Famous Women, you write stories of historical figures. How can we successfully — and why should we — write fictionalized accounts of historical people?

MMB: There’s a long history of fictionalized characters from history.  I think Colm Toibin is exceptional at this type of exploration. Really it’s a way to humanize facts and experiences.  It’s flesh, blood, and feeling wound around the data of facts. It’s a radical act of empathy.

KB: What stories do you believe most urgently need to be shared right now?

MMB: Climate change – but first person, from the mouths and pens of people living on the front lines and in marginalized communities. This means people like me have to keep working hard to open up the doors to writing education and publication opportunities.

KB: As the director of the Bread Loaf Environmental Writer’s Conference, what trends have you observed in environmental writing? What are ways to successfully write the environment?

MMB: There is an increased urgency to the work, in all genres. There’s going to be a (late) wave of “climate change makes me feel sad and anxious” work.  There’s space for that, I think, but we need to find ways to innovate, work with the grief in specific place-based ways, and make sure our individual action and advocacy outpaces our noise.

KB: What advice do you have for a young writer?

MMB: You may find that you have to do a good bit of emotional work to make it through the long game of a writing career.  You must develop a positive working relationship with the flow of criticism. Consider building your life in a way where you feed the writing by getting your hands dirty in the problems of the world. Manage your righteousness and ego as best you can – acknowledge the feelings – but don’t let them drive.

Kim Bussing is a fiction candidate at the University of Arizona’s MFA. Originally from Seattle, she is currently working on her first novel. You can follow her @kimbussing.